MOST BEAUTIFUL PLACES IN THE WORLD OF 2021 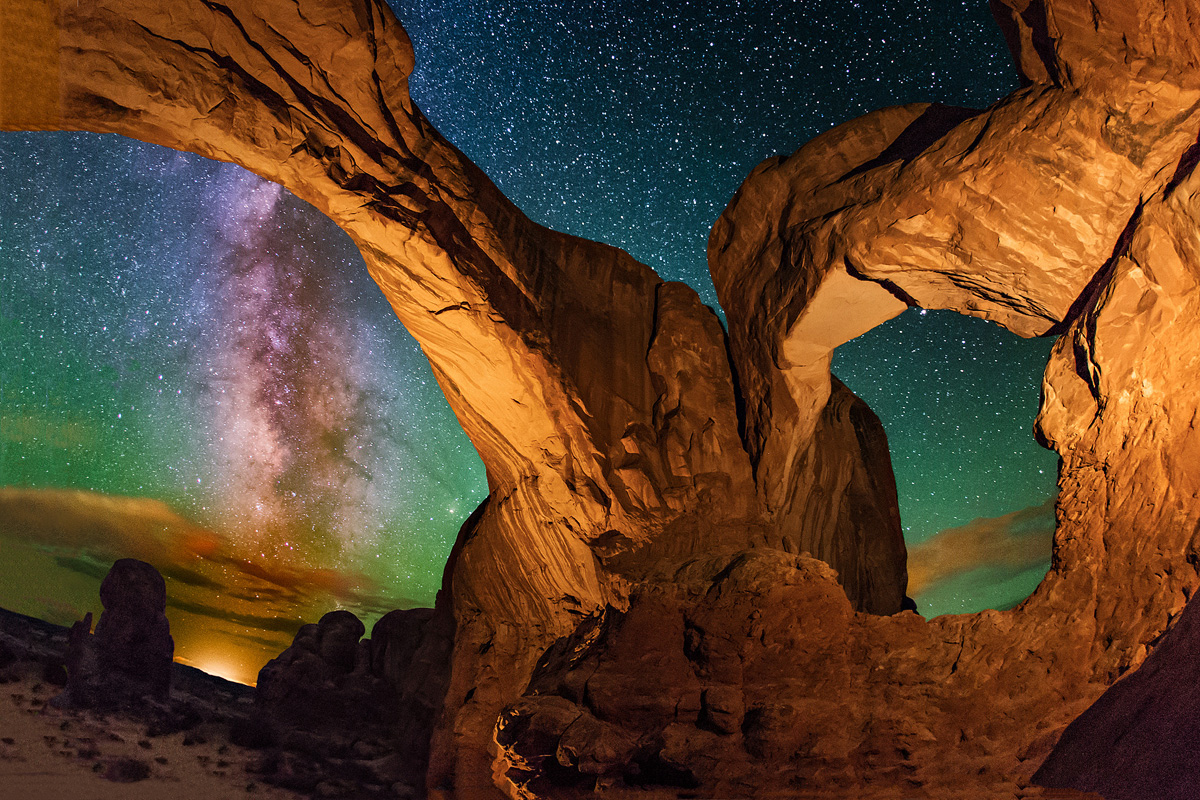 Pristine waters of white sand laced beaches, old and forgotten villages that continue to thrive as if time never ticket past the 15th century, ruins that enthrall and fascinate, deserts that scare and dominate, and natural phenomena that bamboozle the staunchest of explorers – that’s just 1% of the wonders spread far and wide on the face of the Earth. What’s the world most beautiful place to visit in 2021, you ask? Well, that’s subjective. While the idea of beauty differs among people, here is a list of places which most would feel themselves lucky to travel to. Europe, Americas, Asia, Australia – we’ve covered everything here.

Located on the Niagara River between Lake Ontario and Lake Erie, these three massive waterfalls (Horseshoe, America and Bridal Veil) form the border between USA and Canada. Formed during the last ice age, these are today the most amazing and famous waterfalls in the world, attracting honeymooners and families and film crews alike. In fact, for generations, the beauty and awe evoked by the waters rushing down in great quantities up to 57 metres before reaching Lake Ontario have been inspiring artists like Thomas Cole, and the adventure enthusiasts who go down on barrels and walk across on ropes. 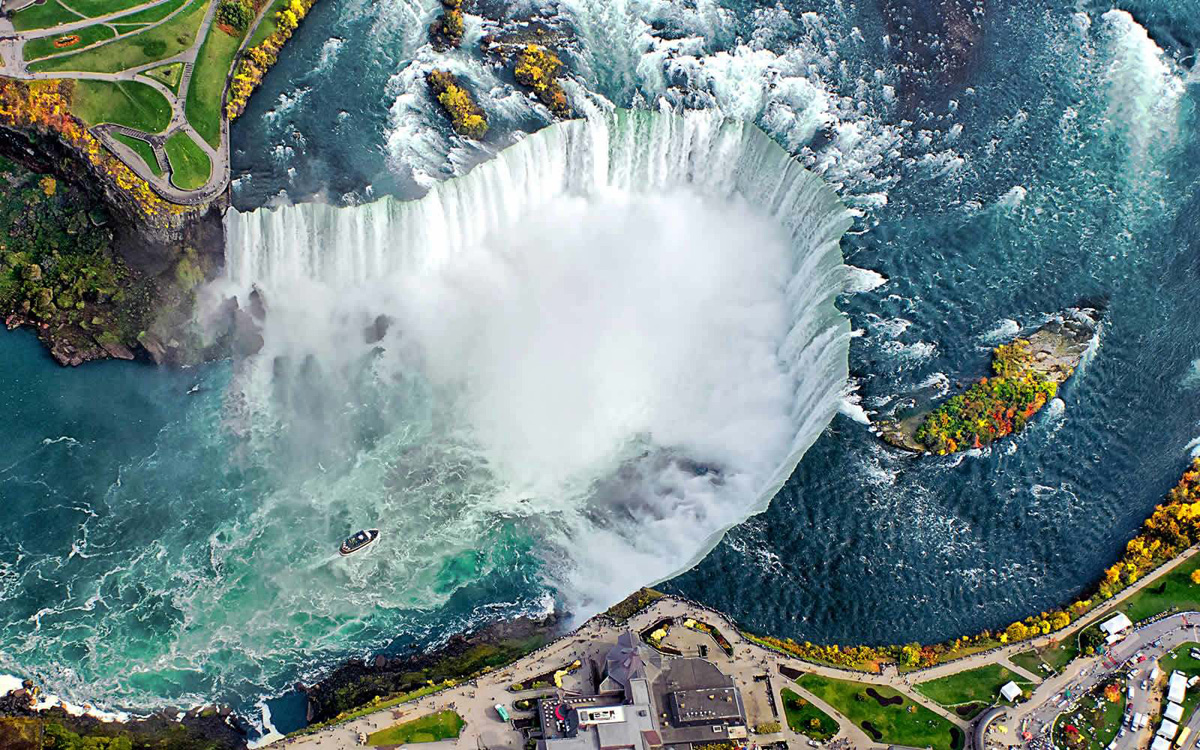 The oldest and one of the most renowned national parks across the globe, this stretches over an area of 3,500 square miles from Wyoming to Idaho and Montana. It has the most amazing features like gushing alpine rivers, a volcano with majestic geysers and springs, very deep canyons which take on beautiful shades with the changing position of the sun, timeless forests, snow-capped peaks, wonderful vistas, and excellent trails for humans and animals alike. An area favorite among tourists, scientists, conservationists, adrenaline junkies and sadly, poachers, it is the home to some of the trademark animals of the United States, like wolves, bisons, antelopes, elks and bears, and is definitely one you should visit for the most memorable experiences. 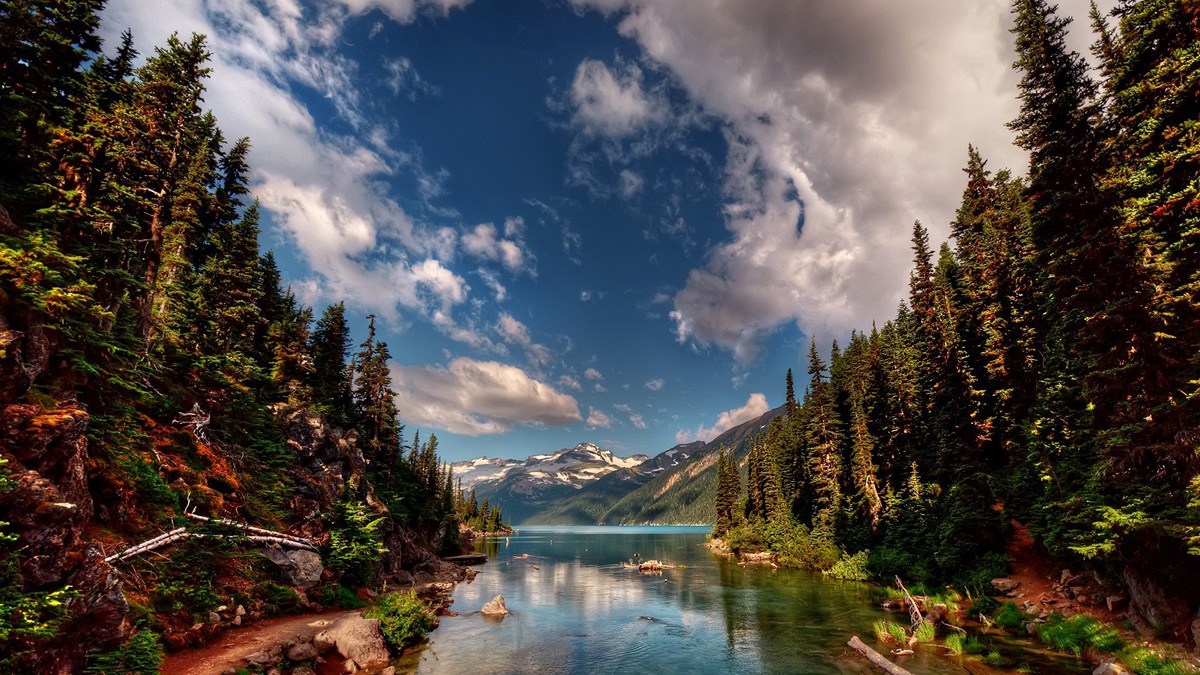 It last appeared in a Hollywood blockbuster as Wonder Woman’s Themiscyra, and yes, it is beautiful enough to seem like a place straight out of the myths what with its sheer cliffs dropping into the brilliant azure sea, the cozy little beaches among the coves, the postcard villages along the slopes of Mount Ravello and the orange groves that might have attracted some ancient hero with their fragrance. Stretching for around 50 kilometers, you can hike on the routes through the quaint little villages, witness some breath-taking vista, dine at one of those amazing local restaurants and tavernas, or take a trip through the coastal road running along the port of Salerno, Positano and Amalfi, taking you to the top of the Sorrento Mountains. No wonders, it’s one of the most beautiful places to live in. 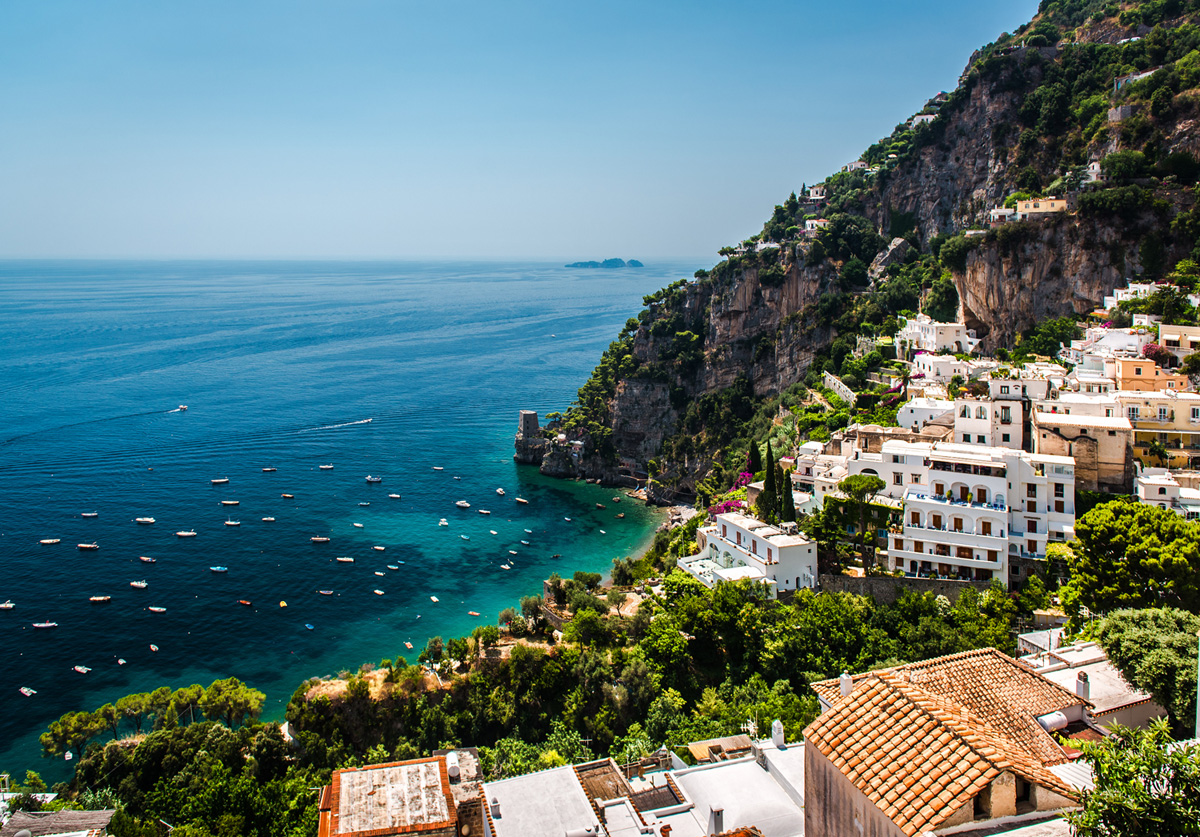 An immense gorge a mile deep and 18 miles long, it looks like a gash first made on the fabric of the world some 1.8 billion years ago, as suggested by the bottommost rocks – it’s the wildest side of America. Even from its best vantage point, you can take in only a small portion of the entire façade, and the beautiful shades cast by the sunlight on the red granite gives it a surreal, intimidating aura. Deceptive at first glance, this place in fact sustains many ecosystems, as you would see if you follow the hiking trails on the northern rim, where it is also much less crowded. Yavapai Observation Station, Mary Cotler’s Lookout Studio and Mather Point happen to be the most popular viewpoints situated in that area. 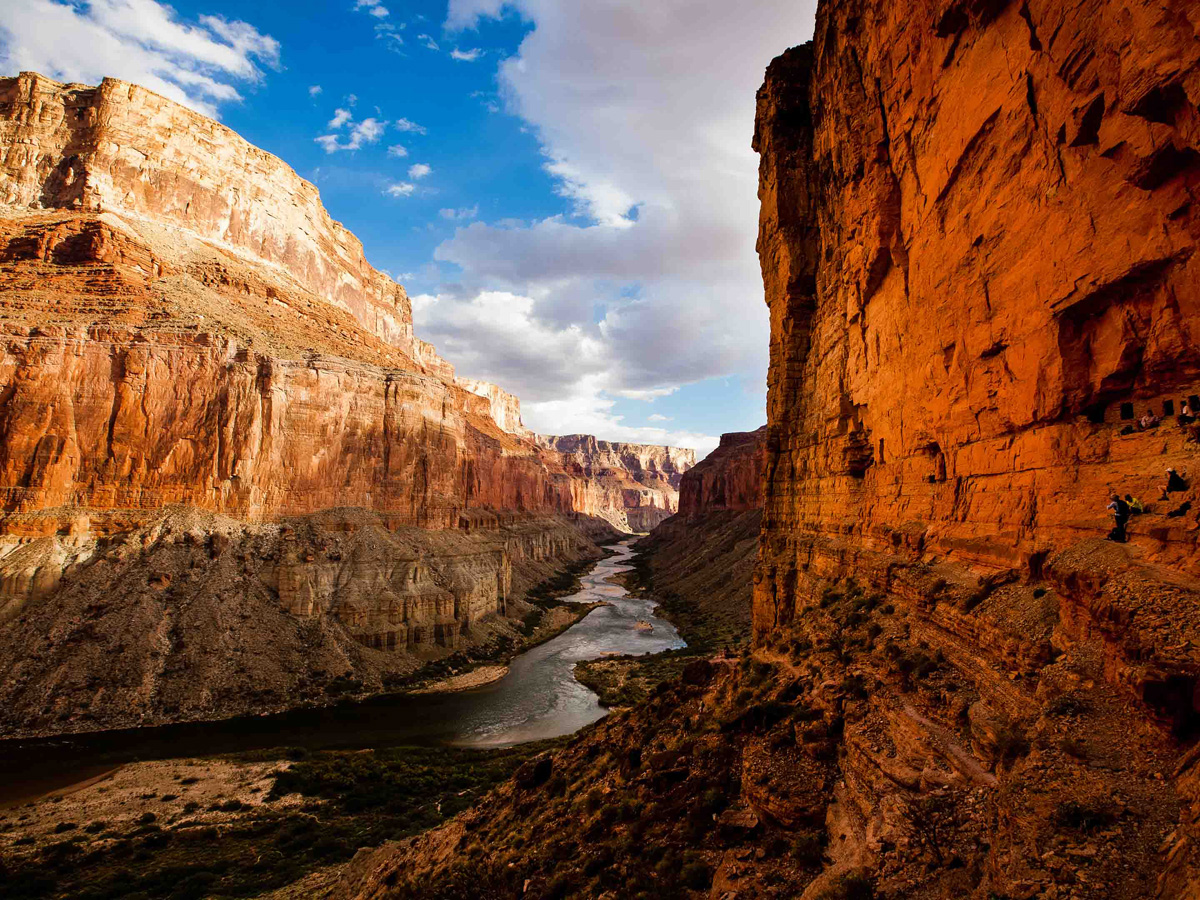 SALAR DE UYUNI, BOLIVIA Located at an altitude of 11,995 feet in the Andes in southwest Bolivia and covering an area of 4,086 square miles, this is the largest salt flat in the world. Once a lake, today it is a 11,000 square kilometers stretch of sparkling white salt, impossible rock formations and forlorn cacti-covered islands, straight out of Invisible Cities. The salt crust anything between 7 and 66 feet in depth, is a sea of brine and so rich in lithium as to make up 70% of the world’s reserves. While this desert-like stretch is fairly barren most of the time, it hosts about 80 species of birds and thousands of flamingoes who turn the whole place pink in November. Definitely worth an experience! 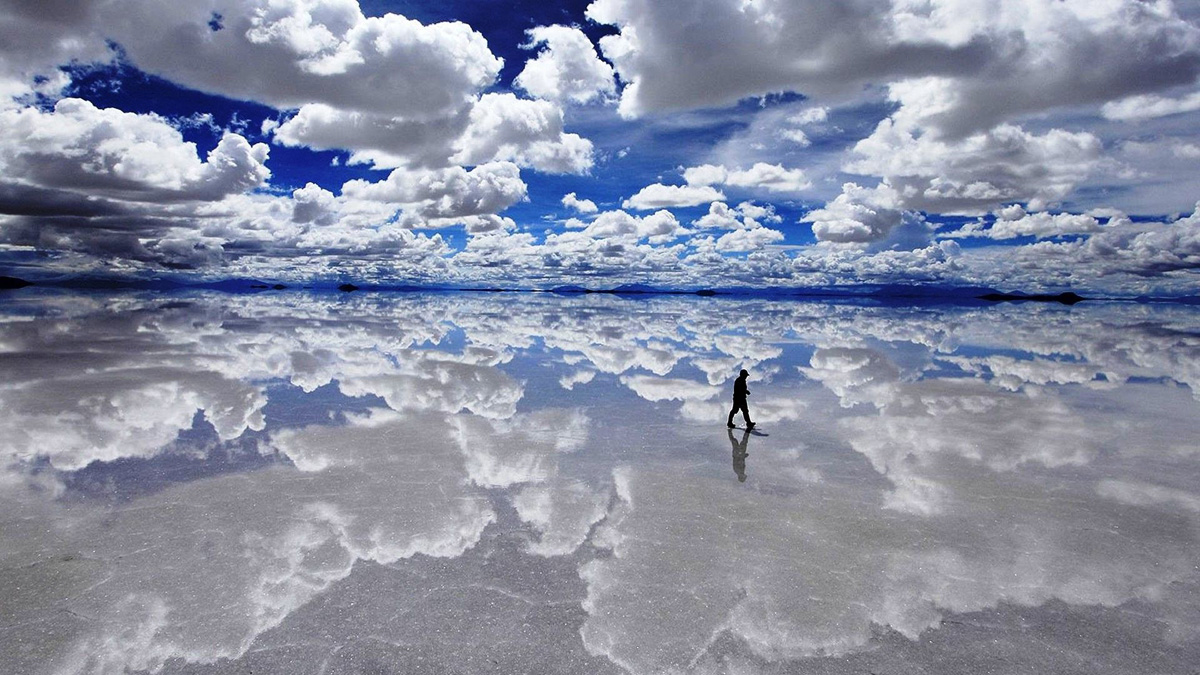 TORRES DEL PAINE NATIONAL PARK, CHILE One of the most majestic places on earth with the ice-cream icebergs from ancient glaciers, this is a riot of blue with the breathtaking heights, the cold bottomless lakes, wonderful geological formations, ancient forests and golden pampas that are a home to variety of rare species like pumas and guanacos. It is located on the southern tip of the Patagonian Andes in Chile, and while the best way to see it is on foot following any of the legendary tracks, you have to limit your visit to the three granite towers known as Torres del Paine (from which the place derives its name), Los Cuernos, Grey Glacier and the French Valley. 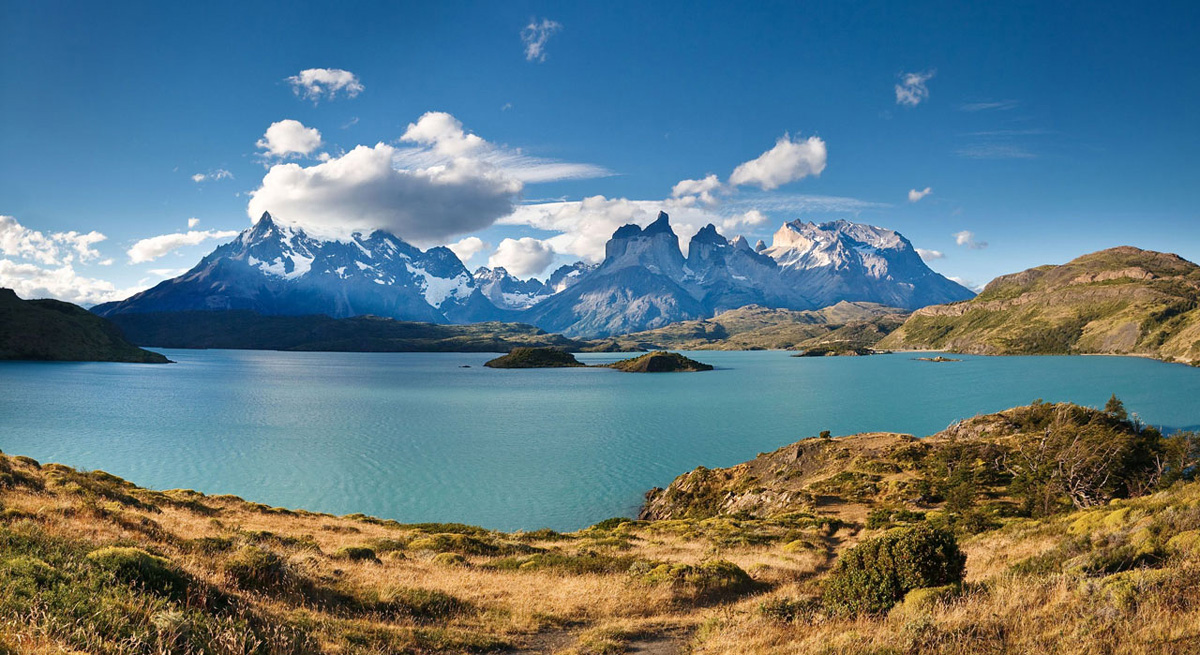 MAUNA KEA BEACH, HAWAII, USA With its golden sand beach, this is one of the top beautiful places on the Big Island of Hawaii and is ideal for long walks. Also, as the sand recedes its way out into the water, enabling one to wade in till waist-deep water, it is very safe for beginners and children. As it is connected to the Mauna Kea Beach Hotel, it is rarely crowded, though parking is limited in the area. Snorkeling is one of the popular activities among the tourists, but only the two extreme ends of the beach, guarded by natural rock promontories, are fit for it. 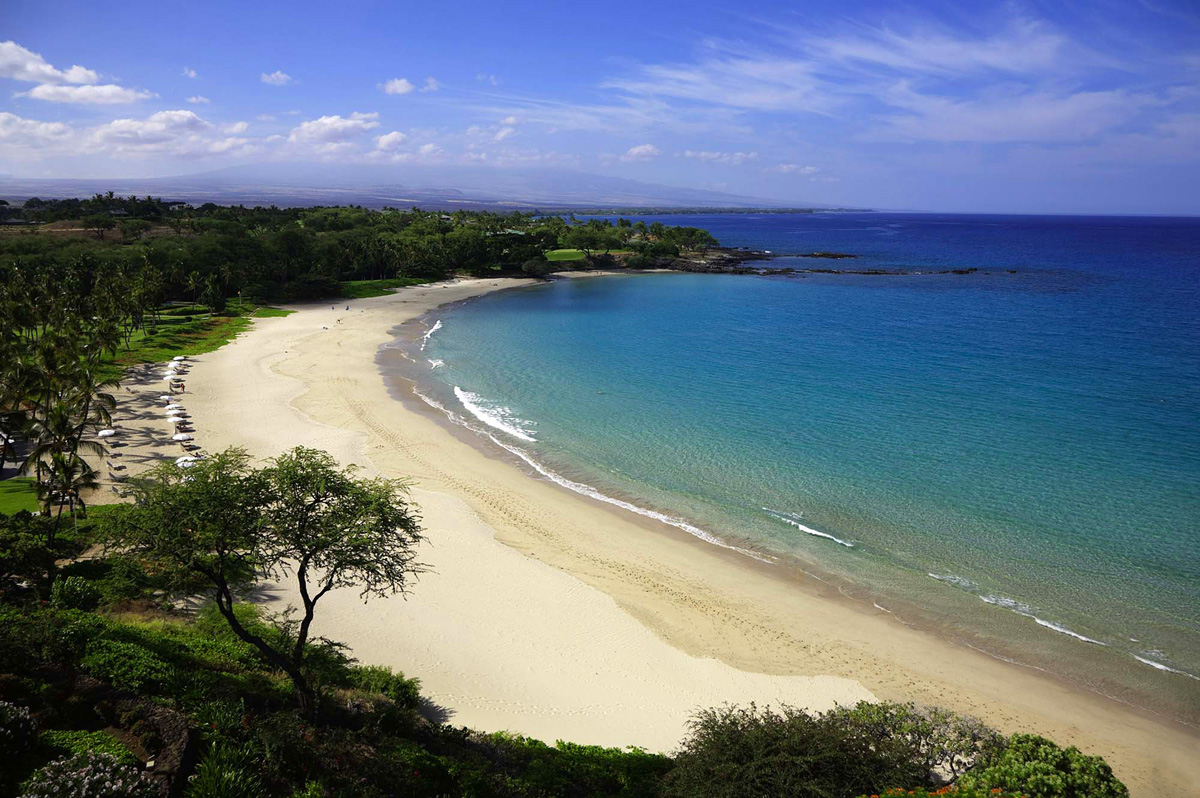 SOSSUSVLEI, NAMIBIA A clay and salt pane surrounded by gigantic red dunes, Sossusvlei is located in the Namibian Namib-Naukluft National Park in the southern part of the Namib Desert. Loosely translated as ‘dead-end marsh’ and located about 60 kilometres from the coast of the Atlantic, its name is derived from the dunes where the scanty water of the Tsauchab River end their flow. While the place is mostly as dry as the desert, it becomes a haven for photographers from all over the world in the years when it rains. The immense red dunes getting reflected in a lake that lasts hardly a year has to be one of the rarest of spectacles. It also becomes a treat for the thousands of birds who come flocking. 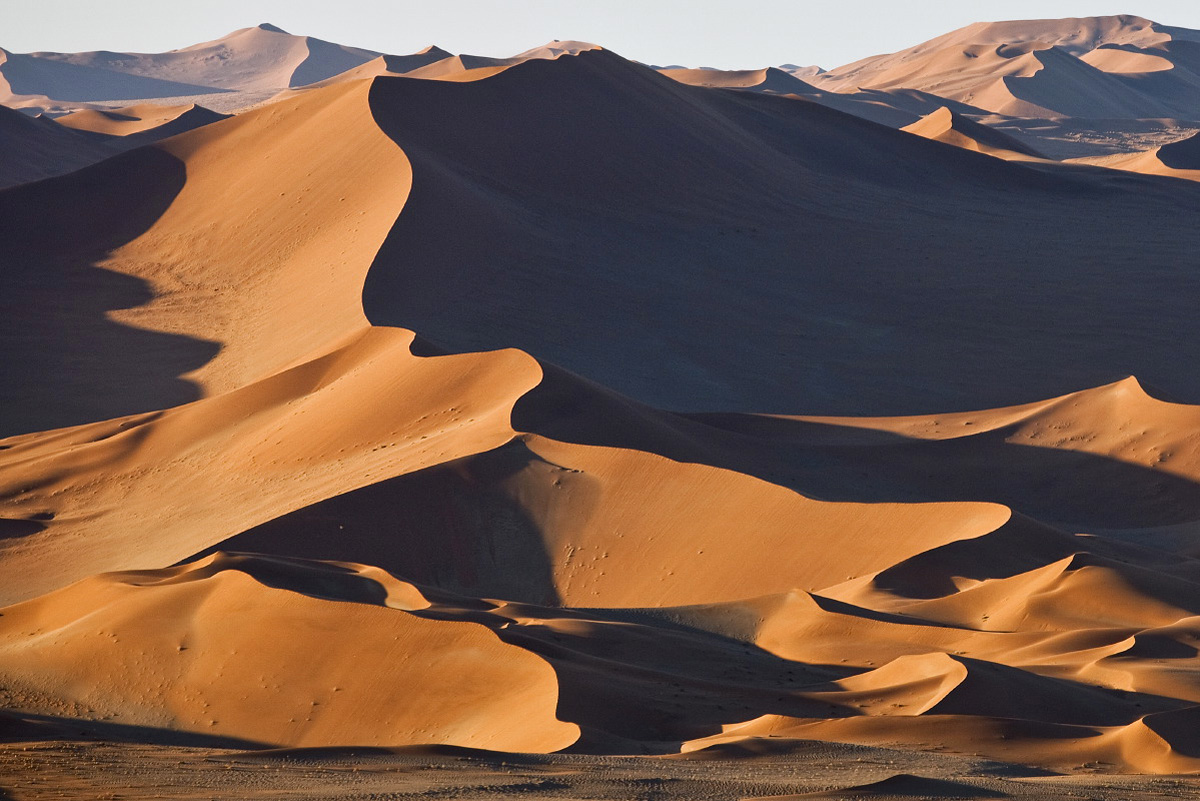 According to many, Oia is the most beautiful places of all the picturesque villages in the beautiful island of Santorini, what with the magnificent view of the Palea volcano, Nea Kameni and the Thirassia island from one of the cliff tops. Much quieter than the busy Fira 11 km away, Oia is the place for you if you want to relax your muscles and detox with its calm, laid-back approach and beautiful narrow streets with taverns, souvenir shops and cafes. You can also take a stroll along the Ammoudi port which is 300 steps down the cliff, or visit the galleries housing art of the many artists who fell in love with that place. 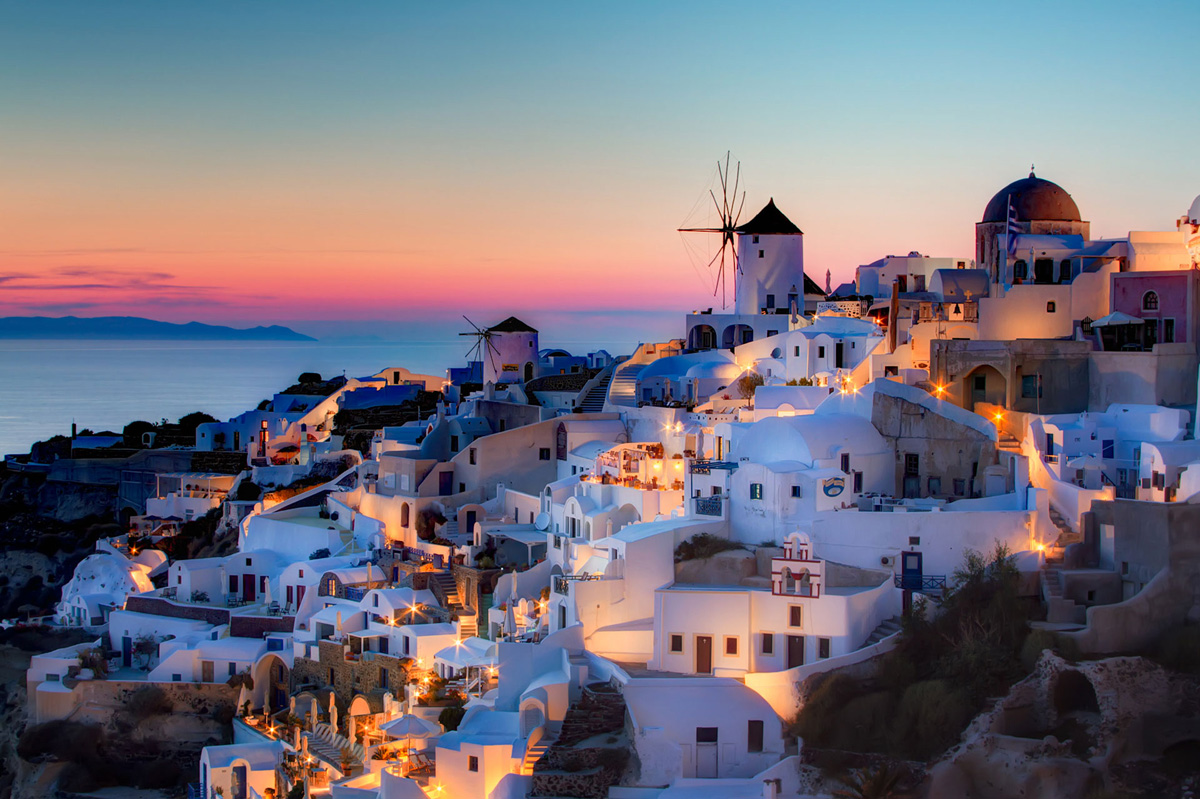 VICTORIA FALLS, ZAMBIA/ ZIMBABWE Mosi-oa-Tunya, the original name for Victoria Falls on the Zambezi River which means the Smoke that Thunders, is apt for the widest waterfall in the world, as the roar here from the otherwise placid Zambezi can be heard 40 kilometers away! Forming the largest water curtain in the world, the river plummets down the wide basalt cliff into the gorge more than meters below, forming permanent clouds and spectacular rainbows. The basalt wall on the opposite is surrounded by thick forest cover and offers breathtaking sights of the falls and the minor falls as the water zigzags its ways through a number of gorges. 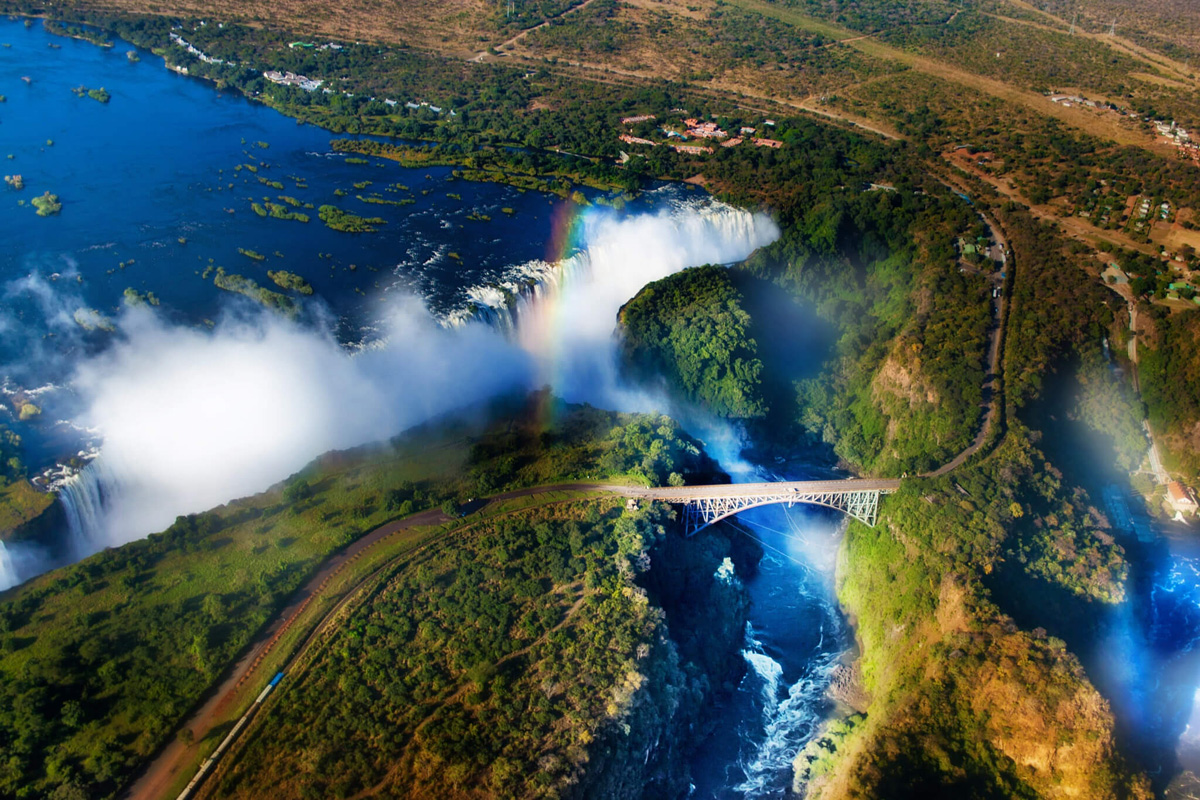 ARCHES NATIONAL PARK, USA The red stones and blue skies give this place an other-worldly feel at an altitude of 5,000 feet in the high desert of eastern Utah. It stretches over an area of 76,679 acres across the famed Colorado Plateau, the river bordering the southeast. This place is like a Martian landscape holding many secrets, with more than 2,000 rocks in all shades of red and buff forming precarious bridges, arches, and pinnacles formed due to the salt composition of the soil, sediment pressure and continuous erosion from wind and water. This place, in spite of its dry vibe, actually hosts some amazing ecosystems, and a guided tour through the hike trails is the best way to explore the area. 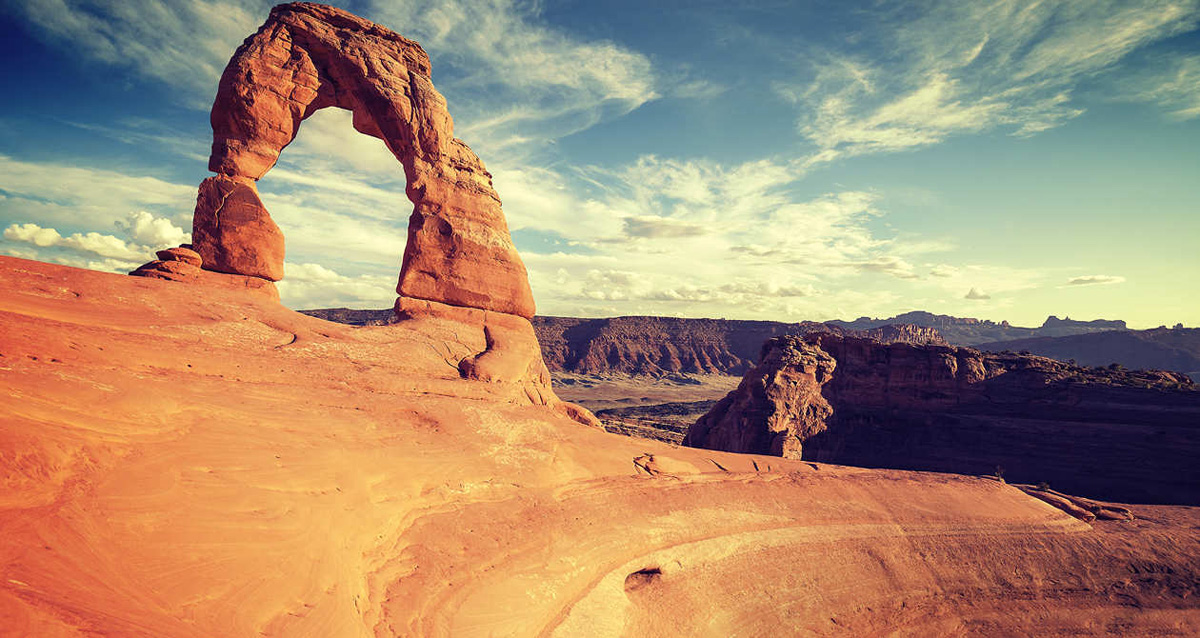 BLUE RIDGE MOUNTAINS, USA The Blue Ridge Mountains are located in the eastern United States, stretching from the southernmost end of the Appalachians to Pennsylvania up north. And if you own a computer, you are likely to end up with their picture as a system desktop background. And why not? The Blue Ridge Mountains seem to be from a fairyland, thanks to the isopropene gas released by the trees there. The mountains have two large national parks- The Shenandoah and the Great Smoky Mountains, and the best way to explore the place is by taking the 469 mile long scenic highway called the Blue Ridge Parkway connecting the two parks and running along the Appalachian Trail. 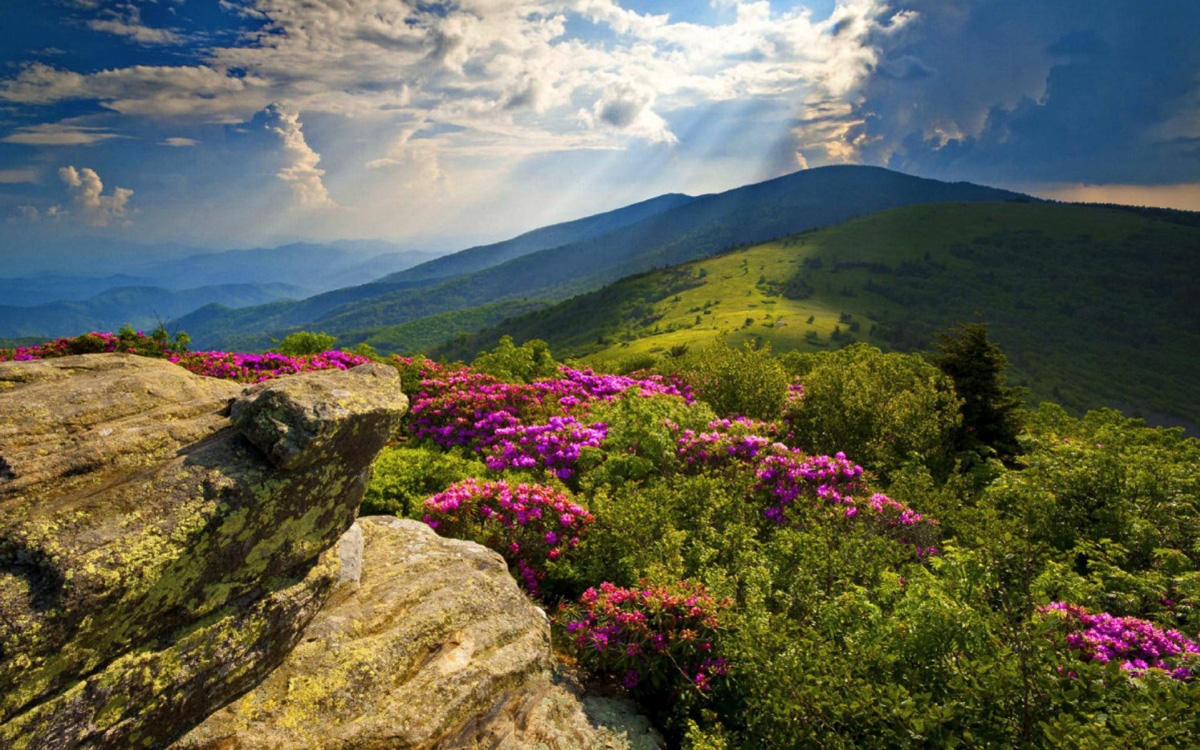 What you Should Know About Kenya

Most popular and top hotels in Addis Ababa, Ethiopia for...

Best Ethiopia National Parks That You Must Visit in 2021

THE  BEST PLACES TO VISIT IN ETHIOPIA

Best  Business Opportunities in Ethiopia for 2021

How to Tell if Your Phone Has Been Hacked

What You Need to Know About Acid Reflux and GERD.

Acid reflux happens when contents from your stomach move up into your esophagus.... 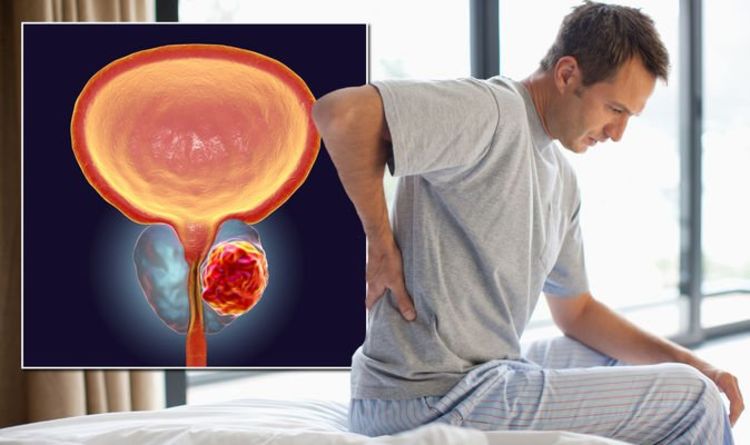 Fake WhatsApp Version for iPhone Apparently Made by an...

Fake WhatsApp Version for iPhone Apparently Made by an Italian Spyware Vendor to...

Because the chat app doesn't encrypt conversations by default—or at all for group...